There are certain moments in musical history when we all wish we could say “I was there”. Live music has the power to be so much more than simply entertainment, it is escapism, euphoric, symbolic, wonderful. Almost like a Religious journey to Mecca.

Here are ten live Music Performances You should add to your Watchlist.

(In my opinion anyway!)

It was one of those nights that everything that could possibly go wrong, went wrong. It had been pouring for every minute of everyday over the weekend of Glastonbury, two stages had sunk into the mud, there were reported cases of trench-foot from attendees (I had never heard of this before either don’t worry).

The signs were abysmal , and when Radiohead went on stage it only went from bad to worse. The lighting rig was shining directly in Thom Yorke’s face, his monitor literally melted down, and to top it all off they couldn’t hear themselves play.

Yet, despite this chaos delivered one of the band’s most memorable performances, for the right reasons, it was epic. Yorke seemed to feed off the rage, and persisted through their catalogue, adding twists and fire to each and every one. It was incredible.

Yet Yorke only realised afterwards. “I thundered offstage at the end, really ready to kill,” Yorke remembered. “And my girlfriend grabbed me, made me stop, and said, ‘Listen!’ And the crowd were just going wild. It was amazing.”

There is a better Quality Video on Youtube (from the BBC). You know, Copyright Issues.

Nirvana’s MTV unplugged performance in 93′ is one of those instances where their most famous, definitive live show just so happens to be my favourite. I think it’s because the unplugged nature of the show pushed Kurt, Krist, Dave, and Pat Smear to be at their best. Free, yet precise. Subdued, yet electric..

Joined by the fantastic cellist Lori Goldston, the MTVUnplugged  not only produced a classic Nirvana show, but also, Dare I say, the best version of “The Man Who Sold The World”? Maybe…

I don’t think it would be too wild to suggest that the years leading up to this performance had been anything but kind to Queen. Previous to this performance the band had lost much momentum since their initial run of diverse records in the 70s. Additionally, at Live Aid in 1985 they were wedged between U2 and David Bowie — bigger and more contemporary artists at the time.

But Queen rose like a phoenix from the ashes. In 20 minutes they had re-established their legacy, delivering a performance that enraptured the audience.

They furiously delivered their greats, Radio Ga Ga, Bohemian Rhapsody, We Will Rock You — and Freddie Mercury gave an energy rarely seen before, or since in live performances.

And if you’ve stuck with me up to this point, here are some more live performances that I think are pretty outstanding.

Stopping in to headline TRNSMT day three with the only UK festival performance they’ve booked this summer, Arctic Monkeys are the weekend’s main drawcard. Their sixth LP Tranquility Base Hotel & Casino has proved divisive, particularly for fans who were expecting another rock’n’roll stomper in the vein of 2013’s AM (though it only takes a couple of listens to The Last Shadow Puppets’ underrated 2016 release Everything You’ve Come to Expect to recognise the sonic direction Turner’s songwriting was taking). Basically there was an air of anticipation – will Arctic Monkeys’ new material stand up against their formidable back catalogue on stage. In an off-white safari suit, his hair greased back and face cleanly shaven, Turner looks at ease throughout the entire performance, and his confidence and humour lift new songs One Point Perspective, Star Treatment and Tranquility Base Hotel & Casino to unexpected heights.

The Strokes – Live at Lollapalooza Chicago 2019

The band’s 2019 Lollapalooza performance attracted parents who witnessed the first wave of Strokes-mania, along with their children — all singing stories of bathroom hookups, alcoholic benders, and one-night-stands. While The Stroke may be an old band, the only thing that showed no signs of aging was Casablancas’ voice. His signature whine and apathetic growl carried across the crowd; his bandmates seemed content knowing the Lollapalooza check cleared. By the time “Someday” closed the show, all the nostalgia chips were checked in. All that was left in its wake was awe at this band lasting through numerous implosions, at this form of rock lasting for so long, at how far the band’s prolific run carried them.

Their most Iconic set to date. You could never accuse Muse of making their listeners comfortable. They’re far too busy creating gothic, spacey, rock opera and bringing the Pyramid stage to spectacular life. Singer Matt Bellamy, though the most unlikely of axe heroes, throws spiky notes around like knives. Dressed in a long white coat, with a smart black shirt and black trousers nestling beneath, he looks a cross between a junior doctor from Holby City and John Travolta in Saturday Night Fever.

But with a thrust of his arm and a strange salute, he’s in power chord heaven while in tandem his astonishing voice flies from a falsetto a confessional whisper. Take a look:

Bicep’s live show has always embraced the idea of immersion. Blurring the line between audience and performer, amplifying the rush of togetherness. The concept remained the same, scaled to fit the unique Printworks space.

Lasers ricocheted around the venue in hedonistic fashion. Bicep have once again delivered a live show for crowds to get lost in. The venue is full to bursting by the time the duo arrive onstage. Opening with ‘Orca’ the sound is crisp but the performance expansive, propelled by the vast soundsystem running across the length of the huge venue.

Things truly take off when the infectious opening of ‘Just’ rings out, and ‘Vale’ pushes the Friday night crowd to fever pitch. Printworks and Bicep are perfectly suited to each other. Returning for an encore the huge hall is illuminated red for the iconic and final track of their set ‘Glue’.

And now to end with 45:45 Minutes of sheer escapism. I’m going to leave this here. 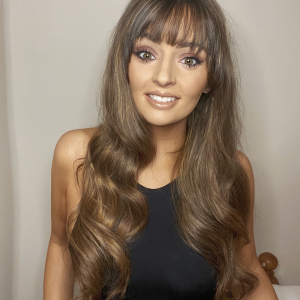