Rape is a serious issue which should not be over looked. To countless women rape and sexual violence are sources of anxiety, psychology distress and physical injury. It is basically a non consensual penetration of the mouth, vagina, or anus by any part of the attackers body or by an object used by the attacker. Rape is a general problem faced in different countries but the rate of reported cases in Nigeria is now alarmingly high.

With the high number of reported cases, a recent research carried out by Rape, Abuse & incest National Network organisation shows that 230 out of 1,000 rape cases in Nigeria are reported by to the police. That simple means that 770 cases are never reported and the perpetrators go unpunished.

The Straitstimes also recorded Nigeria as one of the 10 most dangerous places for women. Below are the list of the 10 countries listed:

Nigeria ranked as nine, was also named among the six worse for women and the risk they face from traditional practices. Nigeria continues to face a growing rate of this epidemic, although recorded as one of the most religious countries in Africa, one would think that the issue of sexual assault will be at its least. however in most reported rape case the religious leaders are accused of being the perpetrator.

The BMC Women’s Health did a research in Nigeria, on the characteristic of the survivors, the circumstances of assault and treatment offered with a view to reducing the incidence as well as improving evaluation and management.

Here are some of the facts from the Nigerian legislation concerning rape:

AGE DISTRIBUTION OF VICTIMS IN NIGERIA

According to the Age Distribution of victims in Nigeria, students accounted for 74.2% of the sexual assault which 40.1% of them were assaulted in neighbours’ houses but no assault occurred in the school. Pre-pubertal victims constituted 56.4% while 43.6% were post pubertal.

The rape statistic of children in Nigeria has increased over the years, children are now easy victims for the perpetrator. As at 2004, 60 percent of children involved in child trafficking from Africa to Europe were Nigerians. The 2014 National Survey on Violence Against Children in Nigeria confirmed that one in four women reported childhood sexual violence, with approximately 70% reporting more than one incident of sexual violence. In the same study, it was found that 24.8% of females aged 18-24 experienced sexual abuse before age 18, 5.0% of whom sought help, with only 3.5%. received any service. Several NGO’s have been set up to help rape survivors in Nigeria, and they urge survivors to speak out and get the help they deserve.

If you have been raped, you do not have to live through this traumatic experience alone. We know it might seem hard or outright impossible, but you need to gather all your courage and go to the police to report this heinous crime as soon as you can. If you cannot go through this alone, confide in people close to you, so that they can offer you their moral support. Read more. 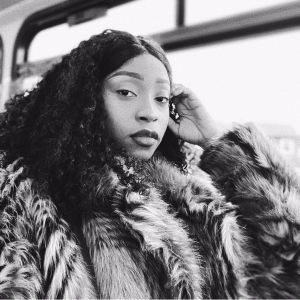