With the internet, comes a lower barrier of information and a wash of both real and fake science. The individual must work harder than ever to discern which is which. Realistically, we do not have the time needed to search for and then question relevant information. So, we still rely on the media to do the research and give us what we need in digestible chunks.

But how can this process undermine public debate?

Balanced of Information in the Media

There are a number of factors any journalist considers when writing a story. Two of these factors are time and readership. How long will it take me to source, research and write? How can I frame this story in a way which sells?

With timing in mind, background research into the study and the people behind it is often sacrificed. This may result in the credibility of the study being diminished and not taken as seriously if the public had known that this is a conclusion based off of either years of research or already disproven theories.

The Power of Science

Controversial writer, Feyerbend, compares the control of God in years gone by with the place of superiority that science now holds. He raises an interesting criticism of how we accept science as absolute truth and belittle anyone who doubts it. We treat science as an established facet of our community and are failing to acknowledge this in itself is detrimental to science. If science had all the answers, and the answers were always correct, there would be no need for further inquiry. Society would stop progressing.


Experts often arrive at different results, both in fundamental matters, and in application. Who does not know of at least one case in his family where one doctor recommends a certain operation, another argues against it, while a third suggests an entirely different procedure? … There are of course areas in which scientists agree- but this cannot raise our confidence. Unanimity is often the result of a political decision: dissenters are suppressed, or remain silent to preserve the reputation of science as a source of trustworthy and almost infallible knowledge.[

Objectivity of the Reporter

If the writer of the report is already convinced of the infallibility of science, then their ability to perpetuate any kind of democratic discussion surrounding the scientific findings must be questioned. When science reports written by journalists are both lacking in any element of investigative journalism and written in an unquestioning tone, it is hard not to doubt whether the people’s consumption of scientific matters is that of a fair and balance one. This affects public debate because our views are very much subject to the media and the views of the people around us. This has the potential to influence how we see the world, treat other people, and what we see as prevalent issues.

Feyerabend attacked science because he recognized—and he was horrified by—its power, its potential to stamp out the diversity of human thought and culture. He objected to scientific certainty for moral and political [reasons].

We don’t have to look much further than the ‘flat tummy tea’ posts decorating our social media feeds, claiming unbelievable weight loss science. We live in an age in which internet celebrities are simply termed as ‘influencers’. These people are labelled as such because the power they hold over their ‘followers’ in indisputable and is being used to benefit themselves and companies alike.

Surprising, even Oprah has also been the subject of criticism for her promotion of book ‘The Secret’.

…by promoting it on two episodes of her show, she may have given it a dangerous level of credence.[

A viewer, named Kim Tinkham, wrote into the show -after watching two epsiodes of Oprah promoting the book – to declare her decision to ‘heal herself’ using positive thinking and not medical assistance. Backtracking, Oprah insisting she seek medical help as well.

We Are But Human

A system such as democracy which is based on the idea of the ruling people is inherently flawed as it depends on mere humans to sustain their own society. We live amongst the truly good, the slightly selfish, the easily influenced and the hard headed. We have journalists trying to make a living, scientists eager for status; celebrities eager to ‘help’ and most of all we have a society which just wants to have a happy day-to-day and not have question every thing we read or hear.

We must continue to hold journalists, politicians, scientists and celebrities accountable for the information they are endorsing and spreading. In order for our world to survive and thrive, we must make decisions based on data which is fair and accurate. 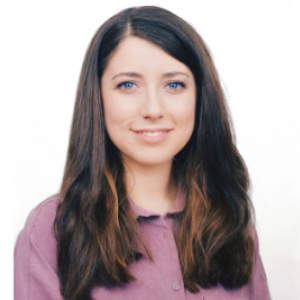