5 Curious Facts You Did Not Know About Aviation

Photo by Marina Hinic for Pexels

Ladies and Gentlemen welcome to this Circular.org flight directed to Fun fact Island. If this is not your intended destination and doesn’t tickle your curiosity, please make yourself known to one of the crew members, and we will make sure you will be moved to another flight, where boredom will be guaranteed.

For your entertainment, your cabin crew assembled 5 curious facts about aviation you have likely never heard before.

Initially contracted to United Airlines for her nursing skills and partly as a marketing tactic, Ellen Church became the first female flight attendant in 1930.

There were strict requirements for the stewardesses, or “sky girls,” as they were called at that time. They had to be registered nurses, single, younger than 25 years of age, weigh less than 52 kg and be under 1.63 m. They were also expected to help with hauling luggage and fueling, as well as assisting pilots to push the aircraft into hangars when necessary.

Investing over $58 million, Ryanair has opened 2021 a new training centre for pilots and cabin crew near its home at Dublin Airport.

As a result of noticing that in-flight passengers were ordering a lot more tomato juice, Lufthansa conducted a study that revealed that cabin pressure weakens the perception of salty tastes.

According to the 2010 study conducted by Germany’s Fraunhofer Institute for Building Physics, dryness and low pressure reduce a person’s taste buds’ sensitivity to sugar and salt by about 30%.

If you are wondering how much money airlines spend on food, Singapore Airlines for example invests $700 million on food every year, whereas $16 million is spent on wine alone.

Also known as the Queen of the Skies or the Jumbo Jet, Boeing 747 is one of the world’s most recognizable aircraft, and the first wide-body ever produced, meaning it showcases two aisles in the cabin.

It is made out of six million parts and each engine weighs almost 4300kgs.

The total cost of this aviation jewel is about $418 million and can travel at a maximum speed of 955/km per hour.

Smoking onboard an airline has been banned in the European Union since 1997 and is strictly prohibited by all commercial airlines.

The consequences of being caught smoking while on board, would not only lead to being “welcomed” and arrested by the local police upon arrival and being subjected to a fine, but would also mean getting banned by the airline.

The smoker could also face mandatory fines. According to the federal government in the US, civil fines for smoking on an airline flight vary from $2,200 to $3,300. Also, tampering with a smoke detector installed in an aeroplane lavatory is punishable by a $2,200 fine.

Aviation has always been a curious fascination of mine, and I hope you enjoyed reading this article as much as I enjoyed researching and writing it. If you have any more fun facts you wish to share with us, please comment below. 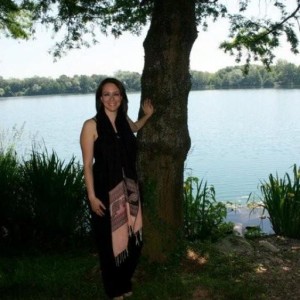 Raised in Italy, born in Germany. World traveler, writer, and journalist student who is passionate about human rights and the arts. QA Manager at a large tech company in Dublin. My favorite destinations are Alaska, French Polynesia and Barcelona.
All Posts