40 more countries to be added to mandatory quarantine list- but what constitutes high-risk?

Mandatory quarantine for all travellers from high-risk countries was implemented on Friday 26th March- but many are asking what deems countries high risk and why quarantine is not mandatory from other countries with high infection rates.

As of 26th March, travellers to Ireland from specific high-risk countries are now subject to a two-week mandatory quarantine in a hotel which must be arranged prior to travelling.

The list of high-risk countries published by the Minister for Health currently includes 17 African countries, the continent whole of South America, the UAE, and Austria.

Regardless of the recommendation to add several EU countries and the U.S. to the high-risk list, there is speculation that they will not be included for fear of posing diplomatic issues or threatening the EU right to free movement.

For those arriving from high-risk countries, the 12-day mandatory hotel stay will set them back by €1875. Guests must complete a PCR test within 24 hours of arrival and will only be allowed out for supervised and controlled exercise and smoking breaks. The fine for not completing mandatory quarantine is €2000.

Minister for Health Simon Donnelly has said mandatory quarantine is intended to be a “deterrent” from travelling.

The Circular reached out to Fianna Fáil TD Séan Haughey about the government’s process when deciding on countries to include on the list. He had the following to say:

the risk-based approach [of the Expert Advisory Group] considers the risk of sustained human transmission using each country’s 14-day incidence, in comparison to Ireland’s 14-day incidence, as a measure. The Expert Advisory Group will also continue to monitor Variants of Concern (VOCs) based on the actual or potential prevalence of variants in countries.

Currently, it could be argued that the variants of concern are the predominant factor in deciding whether countries are added to the list. This has also been eluded to by epidemiologist Patricia Kearney who, when asked for clarification on the government’s strategy, commented,

Originally [] based on disease incidence (see ECDC guidance) [] more recently the Category 2 country designation is based on the presence of variants of concern.

According to the WHO weekly bulletin on the region of Africa, hotspots for covid include South Africa, whose own variant 501Y.V2 spreads more quickly though is apparently no more harmful than other variants.

Yet neighbouring countries Burundi, Tanzania, Lesotho, all included in the Irish government’s list, have each reported 0 new infections in the last week, in the same period France has reported 265,977.

If Ireland wants to see a reduction in transmission rates, suffice to say the list of high-risk countries must be added to. 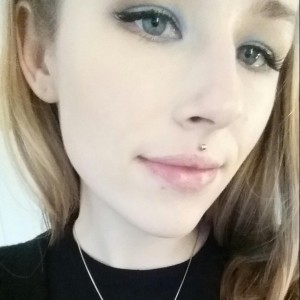