10 ecological inventions that could save the planet

Every 20 minutes, an animal or plant species disappears. A quarter of animal and plant species could disappear within 50 years. In 2050, there will be more plastic than fish in the ocean. Scientists keep repeating it: our planet is dying. The causes of this phenomenon are mainly human activity, which is degrading rapidly our planet. If humanity doesn’t act to change the situation, consequences will be more and more disastrous. To fight against this impending cataclysm, ecological innovations have been invented to live in a more eco-responsible way and preserve our planet.

“A modular concept helping cities to become future-proof”. In the Netherlands, 3 companies gave birth to this idea to transform 500,000 bottle caps into cycle paths. This creation enables to reuse the plastic waste collected and to facilitate the circulation of cyclists in the city centre. It’s also a way to promote the use of the bicycle which is the most popular means of transport in the Netherlands.

2. An ecological and ethical phone

A revolution in the telephone market. The Fairphone, one of the first ecologically and socially responsible phones represents a great hope for the future. Developed by a Dutch company, the Fairphone’s goal is to respect a fair marketplace, to care for people and also the planet. The price of this recyclable and eco-responsible phone is approximately €400.

Here is another Dutch innovation born in Amsterdam. It is one of the most efficient and autonomous buildings in the world. Equipped with solar panels and more than 30,000 sensors, this building created by the company “The Edge” has irreproachable energy consumption. It can operate all the electronic devices needed for a business without any problem.

It is one of the most amazing inventions in terms of ecology, biodegradable and edible tableware. Innovated by Biotrem, a polish company specialised in the creation of products from wheat, this water-resistant, solid and microwavable crockery only takes 30 days to degrade if it is thrown into nature. In the case of small hunger, it’s also possible to eat it as a dessert.

It was still in the Netherlands that such an invention was born. Developed by the “Port-Liner” company, this idea could revolutionise the flow of global maritime businesses. Port-Liner has developed 15 ecological boats that run on solar and wind energy. These boats are currently present in the ports of Amsterdam, Anvers and Rotterdam. The “Tesla boat project”, partly funded by the European Union has already shown good results and inspired other future projects. The next might be to replace 20,000 trucks with new, more environmentally respectful ones.

Developed by Bernice Dapaah, a Ghanaian entrepreneur, these bikes made of bamboo are 100% natural and biodegradable. To fight against the lack of mobility in Ghana, Bernice Dapaah found to move around while respecting the environment. She has also been rewarded many times for this innovation.

7. Remove plastic from our oceans

Fionn Ferreira, a 19 years old Irishman has invented a revolutionary solution to clean the oceans. It is a magnet that can extract the micro-particles of plastic present underwater. Today, billions of micro-particles make the water quality poor and harm marine ecosystems. Thanks to this promising invention, Fionn Ferreira has won the Google Science Fair competition.

Here is an effective solution against the risk of drought. The Italian architect Arturo Vittori has developed a way to “make water”. His invention is called “Warka Water” and enables to transform humidity into drinking water. Warka Water can collect more than 100 litres of water per day. For the moment, one Warka Water has been installed in Ethiopia, other projects like the one are being carried in Togo and Cameroun. An ingenious idea that can an alternative water source in arid regions.

The Danish company “Refarmed” launched a challenge: create urban farms to stop deforestation. From here to 2030, 170 million hectares risk disappearing. To stop this scourge, “Refarmed” wants to rethink the fruit and vegetable production. This project consists of producing fruits and vegetables in large towers in the city centre. This alternative could enable to protect forests bringing food to townspeople. The company has already started to implement this project by cultivating on the roofs of some Danish shopping centres.

10. From the sea to the street: Skateboards made with 0 plastic

Three friends from Chile have had the brilliant idea to link their passion for skateboarding while taking action for the environment. Their objective is to recycle fishing nets found into the sea to make skateboards. They decided to create their own business “Bureo” and start collecting abandoned fishing nets on the Chilean Coast. Since the creation of this project in 2010, the company has collected more than 80 tons of nets. 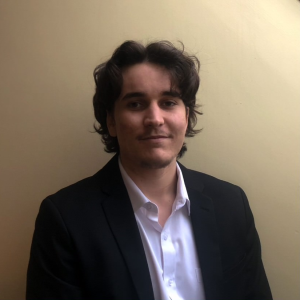