10 Amazing Places to Vacation in Africa

CNN credits Africa as “the best place for photographers”. With its beautiful landscapes, the second-biggest continent has arguably some of the best holiday destinations.

Here are 10 of the fantastic places to see when you travel to Africa:

Tables Mountains makes Cape Town, one of the world’s best beach cities, also one of the world’s most photogenic. It is the countries most photographed attraction; this mountain hides many surprises to be discovered. Table Mountain has about 2,200 species of plants and 1470 floral species. The Cape Floral region of the park is one of the most fertile botanical areas in the world. Over 70% of the flowers are endemic to the Table Mountain. No wonder the mountain was chosen as one of the new seven world wonders.

The Pyramids of Giza is seen as the last surviving wonder of the ancient world. The famous structure is near Cairo, the monument of King Cheops, the Chephren pyramid and the Mycerius. King Cheops pyramid was built around 2650 BC from 2.5 million blocks of limestone.

Cheops’ son built the Chephren pyramid, and it is similar in size to King Cheop’s pyramid. It incorporates the entrances to a burial chamber that still contains the large granite sarcophagus of King Chephren. And the pyramid of Mycerinus is smaller than both and all three are surrounded by other smaller pyramids and dozens of tombs.

Tourist can have close encounter with mountain gorillas at the Rwandan rainforest. This experience will stay with you for a lifetime. The tour are run by operators tracking silverbacks in the dense forest. The Nyungwe national park is an remote region at a elevation of more than 6,000 feet. It covers more than 386 square miles over southwest Rwanda. Tourists can meet a wide range of anthropoids.

Namibia’s deserts deserve to be on this list because they are so fascinating, one of which is the Spitzkoppe. Spitzkoppe consist of groups of granite peaks in Namibia’s Namib Desert, the highest peak at 1,800 meters (about 5,900 feet). This place is paradise to climbers, stargazers, geologists and watchers of weaver birds.

Nigeria has Africa’s longest canopy walk. It is a great way to explore Nigeria’s natural beauty. The Lekki Conservative Centre offers a serene environment for travellers.

Mount Kilimanjaro has breathtaking views and altitudes. At 5,895 meters (19,341 feet), the mount is Africa’s highest peak. Thousands have this item on their bucket lists. Kilimanjaro is a “Sky island,” creating a manifolds and dramatic natural habitat.

Rising through lush rainforests and alpine meadows, climbers finally cross a barren lunar landscape to reach the twin summit, often above the clouds.

The area features a tourist resort, Obudu Cattle Ranch, which hosts an annual Obudu Ranch International Mountain Race and the Obudu Mountain Resort. The resort provides guest with the best viewpoints and refreshing mountain air. A short walk takes you to the spectacular cave. With a natural swimming pool with pure sparkling water provides a clear view of the long winding waterfall and green mountain ranges surround the natural reserve. Obudu is home to rare species of birds and other animals such as the gorilla and drill monkey. 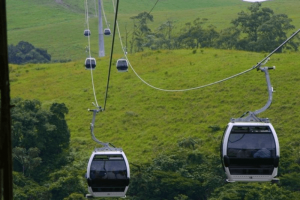 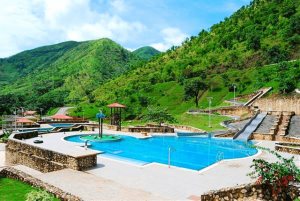 One of Kenya’s most unforgettable sights is the Lake Nakuru National Park. It is home to 1 million resident flamingos. This lake is famous for the greatest bird spectacle in the world, with swathes of vibrant pink filling the alkaline lake and the vast sky.

Nyika, the largest national park in Malawi, is one of the most unusual in Africa, with a plateau cut by numerous rivers that reach Lake Malawi by way of waterfalls off the eastern edge of the mountains.

The eastern border of the plateau forms the wall of the Great Rift Valley. The great domes of hills have gentle slopes, making Nyika perfect for both trekking and mountain biking as well as Jeep exploration.

Antelope and zebra abound, and the park has one of the highest densities of leopard in Central Africa. 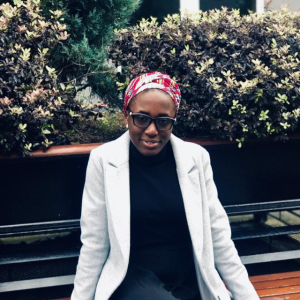