There is a big problem with bra fitting services in Ireland – at least in Dublin and Galway. The problem is that they are inaccurate and inconsistent. This is the conclusion I have drawn from having gone to shops in both counties and asking to be fitted in each one. The problem is evident in both high-street stores and lingerie stores, and what is more unnerving is the lack of information available to the consumer about this issue. As discussed in a previous article, wearing a bra that doesn’t fit you can have long term negative effects on your physical health. Chronic back pain, red marks, and not to mention the weight of your purse; you’re better off not wasting money on clothes that don’t fit.

Out of the four major high street stores common to both Galway and Dublin that do bra fittings, only one store got it completely right in both counties. No other store got it right both times, and one store got it wrong in a different way in each instance.  Two stores only got it right in one county. Now, I only got fitted in one of these stores in each city – in Dublin for example there are multiples of the same store dotted around the area, as there are in Galway as well. One would assume that every store of that company in each city would give you the same measurement in each case – but the findings suggest not.

The five lingerie stores within and between each county were also inconsistent, as well as the two county unique department stores. However the nature of designer brands is that they are brand specific, as in when you leave the lingerie store you also leave that measurement behind you – it serves no purpose beyond that specific store. Measurements can vary significantly in both cups and inches. But is the customer always aware of this, or made aware of this?

The motivation for this investigation came some weeks after an unprompted decision to stop wearing bras, and then becoming fascinated by them. I’m not taking a definite stance on bras as a thing, I’m more interested in the actual effects of their normalisation. They’ve been around for a while (just over 100 years ago actually), so it’s time we put them under the microscope.

The size I felt most comfortable in was 32A – this was my reference point for accuracy. First, a list of stores that do not to bra fittings: Topshop, NewLook, NEXT, H&M, TKMaxx, Penneys, River Island.

For the lingerie stores and the other two department stores, I’ve made a table below with their measurements.

So how did both counties fare overall? How accurate were the fittings?

Now that we’ve got the numbers and figures out of the way, we need to look at what’s going on in more detail – from the moment you ask for a bra fitting until the moment they tell you your size. Something to note is that I went to all of these stores without a bra on and was measured over my top.

Store One: At the Galway store I approached their designated bra fitter; most stores will have at least one person who is trained to do the job. She asked me no questions, measured once under the bust and told me that what they do is take the measurement in inches and add four: 28” + 4” = 32. She told me that I was a 32A (not a B), and that bra fittings should be done on an annual basis. She made me feel very confident in her ability to do the job. At the Dublin store I had to make an appointment first and wait another 15 minutes when I arrived. In the fitting room she didn’t ask me any questions about the size I usually wear, and measured me once under the bust straight away. Her answer was the same, 32A. Although she didn’t give me the extra information about how the measurement is done and how often a fitting is needed. Overall accuracy = 100%  Fitting time = less than 5 minutes

Store Two: The fitter at the Galway store asked me several questions: What size do you usually wear? Why are you being fitted today? What sort of bra are you looking for today? (to this last question I politely told her I only wanted the fitting and didn’t have time to try any on). She measured me once under the bust and told me that I was only a 32A. In Dublin, I was asked the same three questions as in Galway. I was measured once under the bust, but this time she told me I needed to try on a 30B to make sure that this was my size. I did, and it was too tight – those two inches make a difference. She insisted that I was a 30B and that the material would stretch out after a few washes. In addition I was advised to go for a fitting every six months. Overall Accuracy = 50% , Fitting time = over 5 minutes

Store Three: At this Galway store I was first told that I needed to wear a bra when going for fittings. She asked me what size I usually wear, to which I said ”sometimes A, sometimes B”. After being measured once under the bust I was told to go for a 30B. I received the same advice in Dublin to always wear a bra at a fitting. This time there were no questions, and she measured me three times – under the bust, above my breasts and across my breasts. I left as a 32B. Overall accuracy = 25% , Fitting time = 1 minute

Store Four: At the Galway fitting I was asked multiple questions; ‘What size do you usually wear? How does it feel? Why are you being fitted today? Why did you stop wearing one?’ She held a guide in her hands while she measured me. After measuring me under the bust and across my breasts, and a moment consulting with the guide she told me I was a 34A. The calculation according to this guide was to add 2” to the initial under the bust measurement. So this time I started as a 32, and left the store as a 34A. In Dublin, there were no questions and I was measured straight away under the bust and across my breasts. Their method differed to Galway, this time adding 4” to the initial under the bust measurement. She said I measured 31” across my breasts, which meant I was an A cup. A solid 32A. Overall accuracy = 75% , fitting time = less than 5 minutes

What was interesting about the lingerie stores was the range of sizes I was given. From an A to a C cup, and 30 to 34 inches across five stores.

As I said earlier, all of this boils down to one measurement and the methods used to get this figure. It would seem from this experience that not everybody is using the same method, and the people that are end up with different results. Between the four stores that got it 100% right, two different methods of measurements were used. What still baffles me is the one lingerie store where I was measured without tape – she said 34A, which is wrong but still more accurate than some of the fitters who did use tape. After being fitted fifteen times I have come to realise that being told “you’re wearing the wrong size” or “your size is X” is meaningless.

There are many articles on the internet that claim “80% of women are wearing the wrong bra size”. However, after some digging I found that this claim is not backed by significant research or studies – read this Linkedin article which debunks the conflated figure. Even I fell victim to this number in a previous article, which goes to show that you cannot put your trust in what the majority say.

To be fair, four stores told me not to rely on the measurement and to try on multiple sizes before making a decision. It is a guideline and should not be advertised as the exact measurement. The majority of the stores told me it was definite so you can imagine the confusion women find themselves in when trying to find a comfortable fit. Being trained to fit bras means learning a method, but the problem is that this method leaves so much room for human error and interpretation – you tie the tape around the rib cage and this starting figure determines what size you end up on. Depending on how tight you pull that tape (some stores pulled it tighter than others) you can end up on either side of the correct figure.

Bra fittings are not ‘a girly fashion thing’. They’re advertised as necessary, and the majority of the time as an exact science. In reality, they’re neither of these things. If stores are going to tell women to take their advice as truth then the system they use needs to be accurate and should leave no room for human error. This isn’t fashion – this is people’s comfort and well being. Their physical health and self confidence. Being an authority on these things is a big responsibility and as it stands women who are told to have faith in the system are being misled. My advice (which is not an exact science) is to either get rid of the system and leave the best fit up to the trial and error of the wearer, or encourage stores to reevaluate and let women know every time that it is certainly not gospel. Spread the word, and remind yourself that you are not ‘wrong’ or ‘bad at doing woman things’ – that’s just nonsense.

**If you are a store manager and would like to know how accurate your fittings were, please message me on Twitter: @beatsupine** 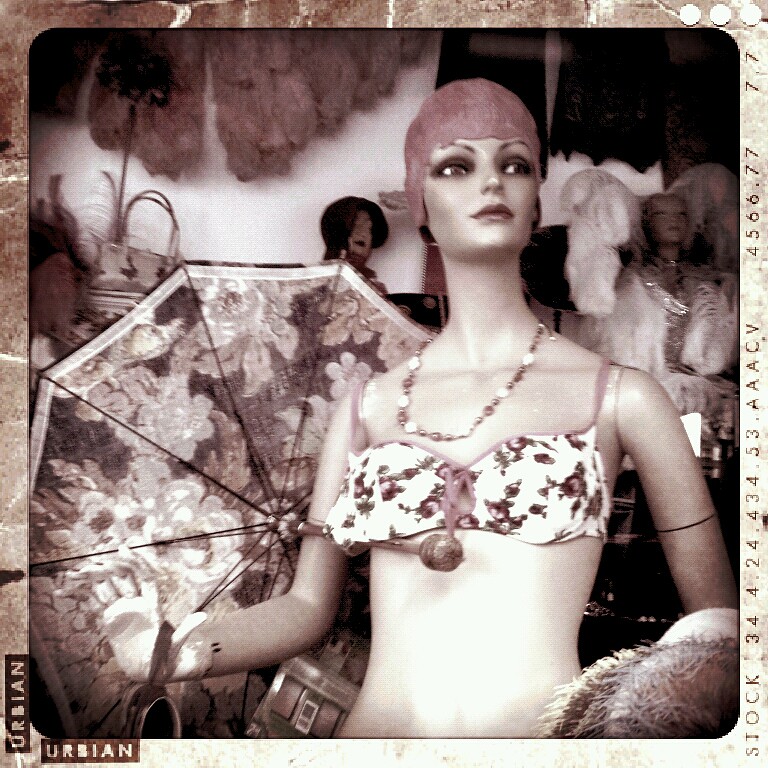 About Yvonne Kiely 10 Articles
If it's sexuality or music, I'm your woman. If it's holding an axe and filling you with a sense of dread, then you're probably in a Stephen King novel.